Tricky Dick in His Own Words: Harry Shearer on ‘Nixon’s The One’

It may be his greatest comeback. Forty years after he resigned from the presidency in disgrace, Richard Nixon, who died in 1994, is about to be a viral sensation. In Nixon’s The One… Harry Shearer – actor-satirist and the voice of Mr. Burns on The Simpsons – portrays Nixon in his Watergate tailspin with hysterical accuracy (hound-dog nose, an almost musical snarl) and chilling historical precision. The dialogue – a foul-mouthed cocktail of loopy arrogance and ranting against hippies, Commies and the liberal elite – comes directly from tapes Nixon secretly recorded in the Oval Office, while the action is shot as if by hidden cameras, reinforcing the image of a tyrant under siege.

To prepare, Shearer and Nixon historian Stanley Kutler pored through thousands of hours of Oval Office tapes. “You feel sorry for him – he can’t get out of Nixon,” says Shearer, who first played Nixon as a member of the Sixties and Seventies comedy troupe The Credibility Gap. “I saw stuff in him I didn’t see others doing. Nixon talked about manly virtues, but he had these delicate hand gestures. And he was an eyelash-flutterer.” In Nixon’s The One, Shearer deploys those quirks as the president bathes in the sycophancy of Henry Kissinger, and lectures his staff on the fall of ancient Greece (“Aristotle was a homo”). 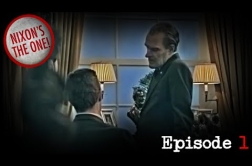 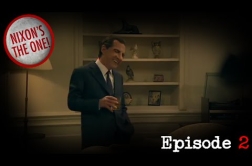 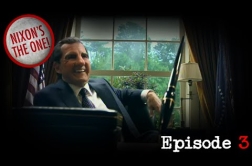 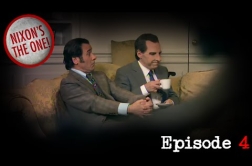 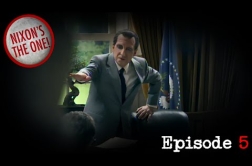 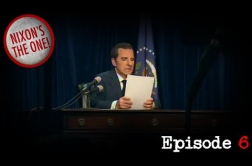